Since I got here, I’ve been bombarded with messages and texts from friends asking about Korean skin care and facials. Of course, I have been talking about it for a while 😝. I’ve done a lot of research and could tell you the brands and what their latest product releases are but I had no idea how people actually use the stuff, other than the mild 18 step Americanized version, until now.

What we can’t see in the U.S. is the intensive bi to tri weekly treatments used to supplement the mild daily rituals that we’ve all done or read about in American k-beauty blogs. The way they do facials here is so different than in other parts of the world where the “treatments” are more about pleasure. Here, there is no relaxation or light soothing touches. Instead, it’s deep pressure kneading, pressure application and sometimes, needles, lots and lots of them.

Most Asians know Seoul as a cosmetics surgery haven. One full day walking around Gangnam and you’d probably run into at least 50 (yes, FIFTY, and that’s an underestimate) plastic surgery offices. From cheek implants to eyelid reconstruction, you name it, you got it. I mean, why highlight and contour with makeup when you can just go under the knife and get that highlight and contour on your face permanently? While cosmetics surgery is a common thing here, it’s not why I came, at least not on this trip 😉 so I couldn’t tell you anything about that.

However, after sampling some of the more popular facial treatments here, I think I now understand why people find plastic surgery acceptable. I believe it’s because the facial treatments and beauty regimens here are painful in and of themselves. Now, I have a pretty high threshold for pain tolerance but I think this category of beauty rituals is its own special brand of torture. Thinking about going through these rituals, 2-3 times a week, makes me want to run to the nearest plastic surgeon’s office. 😜 (ok, not really but if I had an issue, I probably WOULD)

But despite the pain, I actually found these rituals fascinating. Based on traditional Korean medicine, these rituals have been practiced for centuries and it’s not seen as a luxury rather, a necessity for taking care of yourself. When going through this, I thought about the times when I had to brush through my daughters’ tangled hair. When they were little, I had to chase them around the house then bribe them to get them to let me brush their hair 🤣 (they thought hair brushing was painful). I’m sure they thought it was a special brand of torture too but I felt like it was something I had to do as a parent because it was my way of taking care of them. I didn’t want people to think of them as unkempt kids who didn’t have a mother. So, no matter the cost and no matter how long it took me to get them to brush their hair, I did it. Eventually, they learned to do it themselves because they now understand that walking around with unkempt hair is socially unacceptable. I think these beauty rituals in Seoul are practiced under the same philosophy. Mothers have been passing these beauty rituals down to their daughters for centuries as means of teaching them how to practice self-care.

When you think about the pain of these rituals as a means of practicing self-care, then I think the pain becomes a little bit more tolerable. Because it’s not so scary when it’s your choice. So, if you’re wondering how people here use this stuff, (and I mean like for realz) well they have great products but it’s used with a lot of mechanical facial manipulation that may not be all that pleasant. It’s quite painful, actually. But people here do it to feel good about themselves.

So, keep this in mind when reading the product reviews that follow this post. These products were created for a particular consumer: a woman who has a high pain threshold following the rituals and traditions that her mother has taught her. Rituals that are built on the philosophy that they are being used for self care rather than achieving a specific end goal. 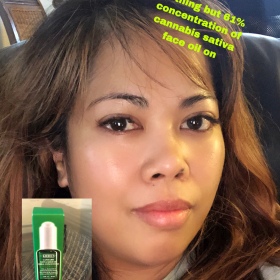 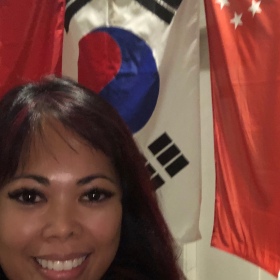